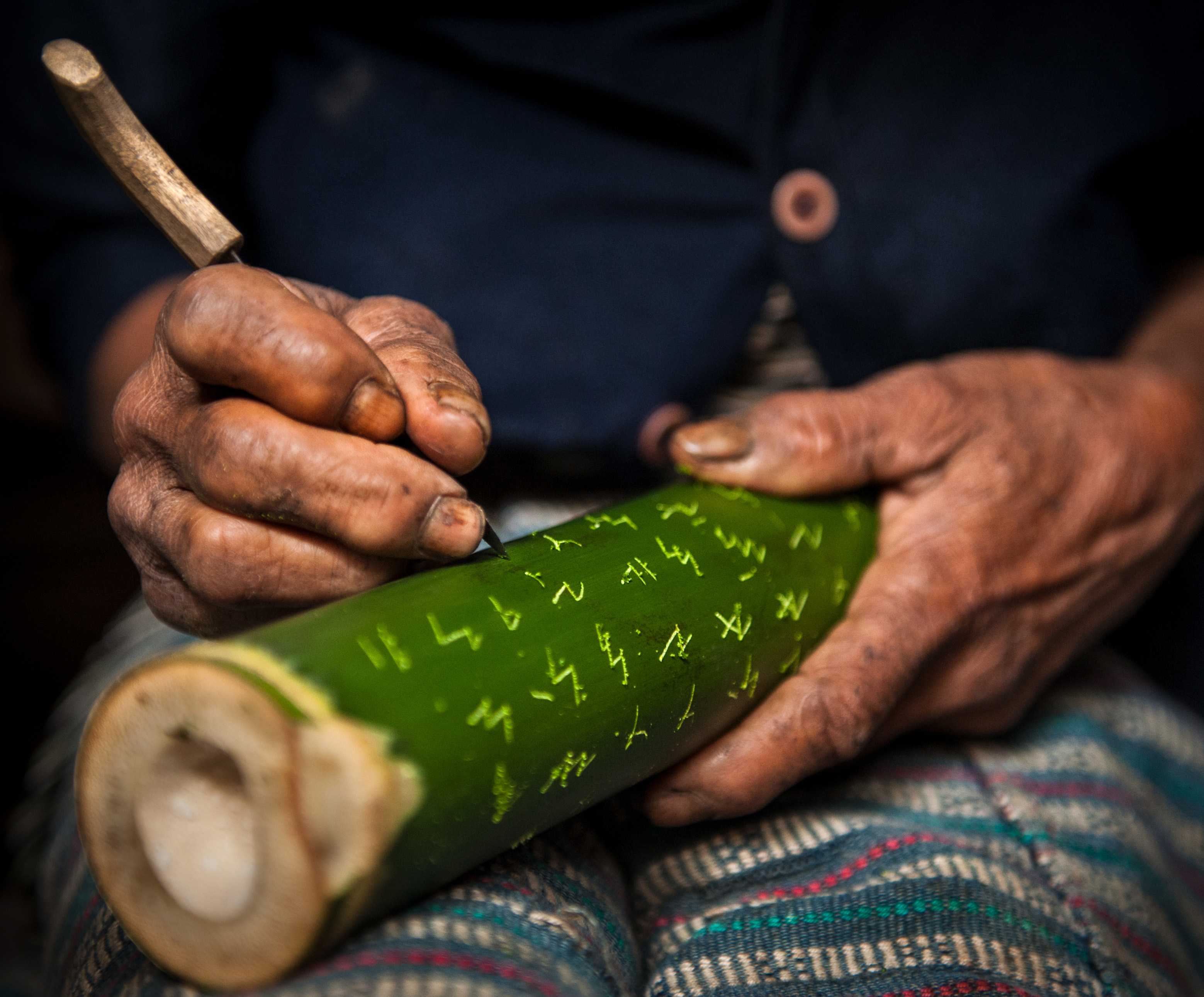 HanunÛío script is one of three indigenous scripts that is still being used today in the Philippines. The other two are the Buhid script (another Mangyan group) and the Tagbanua script in Palawan. This syllabic writing system, called Surat Mangyan is pre-Spanish and considered to be of Indic origin. Traditionally, the HanunÛío script was carved into fresh bamboo because paper was not readily available even 50 years ago. The HanunÛío script was occasionally used to communicate between communities and individuals, however, the main use of the script is to write love letters or love poetry called ambahan. The script has been well preserved, but those who know how to write it from memory may soon be gone. The script is written from left to right, but is rotated 90-degrees counterclockwise when read. (Oriental Mindoro, Philippines)